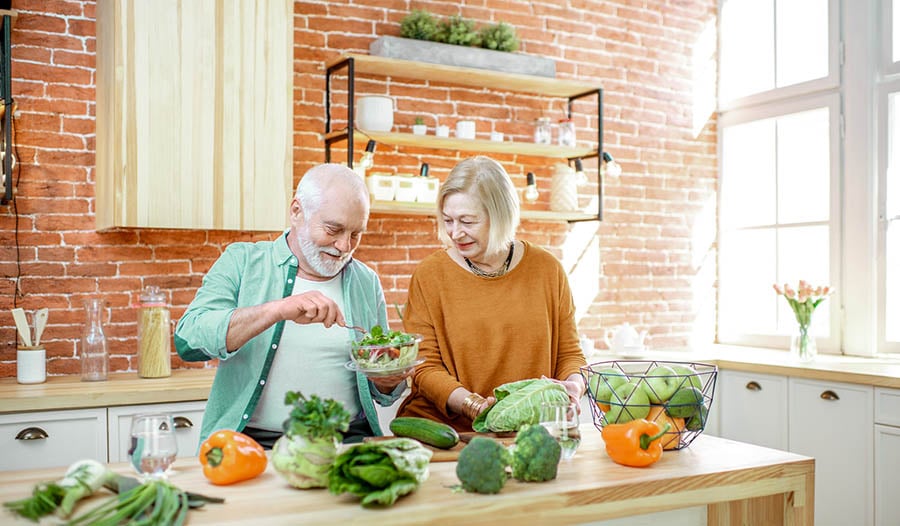 Alzheimer’s disease is a disorder of the brain that generally affects older adults. Alzheimer’s has no specific cure and can cause enormous frustration and challenges to both patient and caretakers alike. Early symptoms include forgetting names, confusion, trouble with words and speech while late-stage symptoms include more severe issues such as paranoia and abusive behavior.

Fewer than one percent of the Alzheimer’s disease cases occur prior to the age of 65, but scientists predict that after 65, one in nine people are at risk. According to the Journal of Alzheimer’s Disease, the incidence of Alzheimer’s is expected to triple in the coming decades.

Alzheimer’s is believed to be caused by the deposition of a protein in the brain called amyloid Beta (or Aβ). The Aβ protein creates a type of “scar tissue” in the brain, which results in memory loss and other symptoms of Alzheimer’s. Preventing Aβ protein from depositing itself may be the answer to both preventing and possibly reversing this debilitating disease.

While there is no definitive cure for Alzheimer’s, Scientists have had promising research on the role that nutrition and exercise have on the progression of Alzheimer’s.

Omega-3 Fatty Acids are polyunsaturated fatty acids that have various benefits for both your body and your brain. Specifically, Docosahexaenoic acid (DHA), is one of the primary structural components of the human brain. DHA is a key component of brain cells membranes and is vital for not only its structure but function as well. Studies have shown that insufficient DHA in the brain can cause various health-related problems affecting both brain nerves and behavior.

According to the Journal of Alzheimer’s Disease, omega-3 fatty acids have anti-amyloid and anti-inflammatory properties. Special brain imaging shows that there is increased blood flow in regions of the brain responsible for memory and learning in people that have higher omega-3 levels. A diet high in seafood is also beneficial for brain health.

According to a 2018 study in Neural Regeneration Research, turmeric can play a significant role in keeping the brain healthy. Also known as Curcuma longa and Indian saffron, turmeric is a rooted plant of the ginger family, often consumed for its anti-inflammatory, antioxidant, and digestive health properties.

Curcumin, the active chemical found in the turmeric root, is believed to provide many of the health benefits. Many people have used turmeric as a spice to enhance their food’s taste for over 4,000 years. Since turmeric is more common in the diets of those who live in Asia and India, this may explain why these populations have fewer incidences of Alzheimer’s disease compared to those in Europe and North America.

According to a 2018 study, Turmeric has shown to:

The authors of the study go on to mention that turmeric’s anti-inflammatory properties play a crucial role in helping to protect the brain against various assaults which cause Alzheimer’s disease.

Turmeric can be consumed as a spice, hot tea, or in supplement form.

Vitamin B12 (also referred to as cobalamin or cyanocobalamin) is an important nutrient that your body requires to help optimize brain, nerve, and blood health. However, despite its importance, there's plenty of evidence showing that people around the world are deficient in this essential nutrient. Studies from the United States demonstrate that up to one in six (17 percent) of those aged 60 and older are deficient in Vitamin B12 while upwards to one in 15 (six percent) of those under age 60 are deficient. But, this isn't just a health concern for Americans. In the northern part of China, for instance, a 2014 study showed up to 45 percent of Chinese women were deficient in vitamin B12. Many other countries are also affected.

Vitamin B12 has many functions which include:

Zinc is an essential mineral that is crucial for optimal health including making sure we optimize brain health. A nutritious, well-rounded diet rich in zinc-containing foods is important to ensure both adequate blood and tissue levels of zinc. Zinc can be helpful for a variety of health conditions. Certain medications can reduce zinc levels in the human body,  if these are being taken, extra care is needed to ensure adequate zinc consumption.

Zinc plays an important role in brain health. When deficient, a person may have difficulty remembering things. However, zinc is only part of the equation—copper is the other.  Knowing the copper-to-zinc ratio can be important. Both minerals can be tested using a simple blood test. Low blood levels of zinc and too much copper increases the risk for dementia, according to a study in the Journal of Alzheimer’s Disease. The optimal copper-to-zinc ratio, according to University of California Los Angeles (UCLA) researcher Dr. Dale Bredesen is  0.8:1.2. The optimal zinc blood levels are 90-110 mcg/dl. A 2017 study out of Russia suggested zinc could help brain neurons recover.

Scientists believe that Alzheimer’s can be caused by severe niacin insufficiency. A 2004 study showed that adequate intake of niacin could have a protective effect on the development of Alzheimer’s and age-related cognitive decline.

Suggested Dose: Consider starting at 100 mg once or twice per day.

After a few weeks, many increases to 250 or  500 mg twice per day. If no flushing or sides effects occur, many will take up to 1,000 mg twice per day for maximal benefit. Consult with your physician prior to starting if you are on prescription medications or have diabetes.

According to the Mayo Clinic, observational studies have suggested that diet can help reduce the risk of developing Alzheimer’s disease by up to 53 percent while helping delay the cognitive decline and improving memory levels in patients. Memory boosting superfoods that can help fight Alzheimer’s include vegetables & leafy greens such as spinach, radishes, kale, and certain cruciferous vegetables such as cauliflower, cabbage, garden cress, bok choy, broccoli, and brussels sprouts. Try to minimize simple carbohydrates – Avoid bread, pasta, processed foods, sugars, and fast foods. Consume a more plant-based diet. Eat wild, non-farm-raised fish, but no more than once per week. If you consume meat, use grass-fed, hormone-free beef, turkey and chicken.

Key components of the Mediterranean diet include:

It’s important to recognize that the focus of the Mediterranean diet isn’t to limit total fat but rather discourage saturated fats and hydrogenated oils (trans fat) which are major risk factors for heart and brain disease. Mono and Polyunsaturated fats, such as olive and canola oil, contain a specific Omega-3 Fatty acid called Linolenic acid that helps lower triglyceride levels, decrease the risks of blot clots, and have associations with decreasing risk of heart attacks and overall keeping your blood vessels healthy.

Cognitive dysfunction and Alzheimer’s disease are conditions that will become more prevalent over the next several decades. Everyone should undertake strategies to help prevent brain deterioration. Conventional pharmacotherapy is always an option but do consider the role that nutrition and vitamins play on brain health.

47,445 Views
How to protect the brain against memory loss and Alzheimer’s disease

A Natural Approach to Cognitive Health

78,477 Views
Cognitive dysfunction and Alzheimer’s disease is a condition that will become more prevalent over the next several decades. Everyone should undertake strategies to help prevent brain deterioration.

This blog has not been approved by your local health department and is not intended to provide diagnosis, treatment, or medical advice. The content provided on this blog is for informational purposes only. Please consult with a physician or other healthcare professional regarding any medical or health-related diagnosis or treatment options. Information on this blog should not be considered as a substitute for advice from a healthcare professional. The claims made about specific products throughout this blog are not approved to diagnose, treat, cure, or prevent disease.