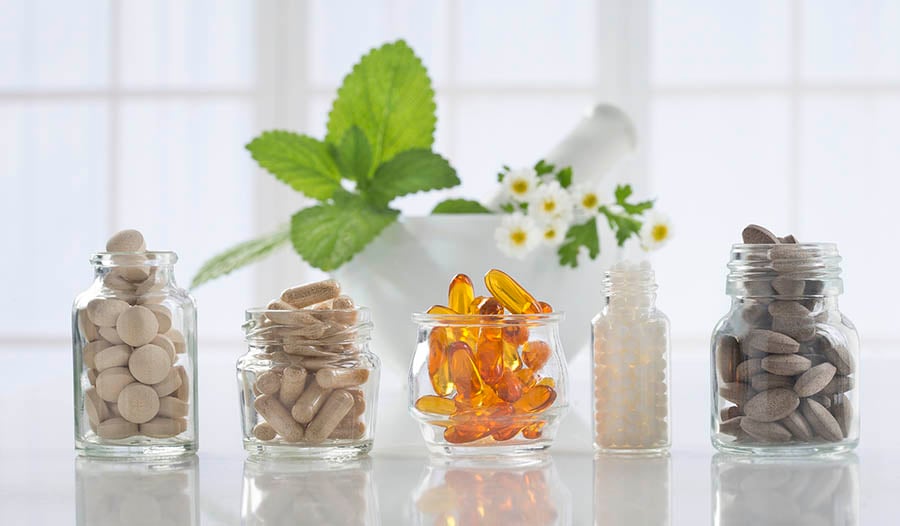 People worldwide are choosing to focus on health, wellness and preventive medicine.  As a result,  supplements sales have flourished. In 2017, more than $133 billion dollars of dietary supplements were sold worldwide. By 2022, it is predicted that worldwide sales will reach more than $220 billion.

According to a report by US News and World Report,  it is estimated that in the United States alone, 128,000 people die each year from side effects of prescription drugs. Complications from prescription drug use resulted in up to 2.7 million emergency room visits in the United States with millions more in Europe and Asia.  Due to the concerns about pharmaceutical dangers, more people prefer and choose a more natural approach.  Selecting supplements from a quality manufacturer and trusted retailer with a good reputation is crucial.

Thousands of studies over the last decade show health benefits when one optimizes vitamin D intake. These studies tell us that those with higher levels of vitamin D in their blood have a lower risk for heart attacks, breast cancer, colon cancer, multiple sclerosis, type 1 and type 2 diabetes, high blood pressure, and other health complications.

In my Southern California medical practice, a place where we have sunny skies more than 300 days per year, four in five (80 percent) of my patients have clinical vitamin D deficiency, defined by a blood level 30 ng/ml (75 nmol/L) or lower.

The reason for this common deficiency is that few people spend the required 15 to 20 minutes each day in the sunlight, allowing their face, arms and legs to be exposed to the ultraviolet light. Up to 90 percent of people around the world are deficient. Those with more melanin, which is responsible for darker skin pigmentation, require up to 30 minutes in the sun to generate vitamin D. Those over age 65 years also require more time outdoors to generate vitamin D due to changes in skin elasticity.

Lower levels of vitamin D in the blood have been associated with increased risk for the following conditions:

Probiotics is the term used to describe healthy bacteria and yeast that are intentionally consumed to help keep the intestinal tract healthy. Poor gut health, frequently manifested as leaky gut, has been associated with many health problems. Repairing an unhealthy gut by avoiding problematic foods and consuming gut-friendly foods is key.

Probiotic supplements play an important role in restoring balance. It is sometimes necessary to re-inoculate the gut with beneficial bacteria. Examples of healthy bacteria include lactobacilli and bifidobacteria. Saccharomyces boulardii, a healthy yeast, can help restore microbiome diversity to the intestinal tract. Diet change is the most important thing one can do to improve gut health.  When you feed yourself, you also feed your gut bacteria.

Suggested dose:  Lactobacillus/bifidobacteria probiotic supplement which has between 5-100 billion units once twice per day or as directed on the label.  Saccharomyces boulardii 5 billion units daily.

Magnesium is an important mineral and enzyme co-factor involved in over 350 biochemical reactions in the human body. An adequate intake of magnesium-rich foods, which include green leafy vegetables, is crucial. Frequently, diet is not enough and a supplement is required.

Common side effects of a magnesium deficiency include:

Suggested Dose:  Magnesium chelate (magnesium aspartate, magnesium citrate, magnesium malate) should be taken daily—125 mg to 500 mg.  If you develop loose stools, reduce your dose. A magnesium oxide formulation can also be taken, but it is not absorbed as well.

Omega-3 essential fatty acids consist primarily of particularly eicosapentaenoic acid (EPA) and docosahexaenoic acid (DHA). A 2014 study in Nutrition Journal showed that the majority of Americans do not consume enough omega-3 essential oils. They can be found in a variety of food sources, which include fish (mackerel, cod, and salmon are among the richest), walnuts, chia seeds, flax seeds, hemp seeds, and natto.

Drug companies manufacture and sell patients a pharmaceutical grade fish oil, which has been shown to lower triglyceride levels by 50 percent. However, non-pharmaceutical fish oil capsules provide the same benefit at a fraction of the cost.

Turmeric, also known as Curcuma longa and Indian saffron, is a rooted plant of the ginger family, often consumed for its anti-inflammatory, antioxidant, and digestive health properties. Curcumin, a chemical found in turmeric, is believed to provide most of the health benefits. While many people have used turmeric as a spice to enhance their food for over the past 4,000 years, turmeric has played an important role in medicine.  Today, its use continues to be researched as an alternative treatment approach for many common illnesses, injuries, and chronic diseases. Learn more about turmeric/ curcumin.

It is used for the following:

Many people consume turmeric by drinking it in tea form, using it as a powder for some skin conditions, and also swallowing it in capsule form.

Curcumin/turmeric supplements are usually taken at doses of 500 mg daily or 500 mg up to three times per day.

Vitamin C, or ascorbic acid, is a crucial vitamin. According to a 2009 study in The American Journal of Clinical Nutrition, which studied people from the United States of America, over 7 percent of people age six and older were vitamin C deficient based on blood tests. More than half surveyed consumed suboptimal amounts.  Vitamin C levels are lower in those who smoke. Also, vitamin C plays a significant role in collagen formation, the main component of arteries and skin. Studies show a diet high in foods containing vitamin C is good for the heart. A 2017 study in the Journal of Nutritional Biochemistry demonstrated that rose hips, which are rich in vitamin C, helped prevent atherosclerosis, the precursor to heart disease.  Topical vitamin C has also been shown to be helpful for facial wrinkles.

Spirulina is considered a superfood by many. It is an easily digestible nutritional supplement that belongs to a family of blue-green algae and can be taken in a pill or powder form. Spirulina comes from a type of bacteria scientists call cyanobacterium, specifically arthrospira platensis.

Spirulina contains a complete source of protein, vitamins, minerals, and phytonutrients. In addition, spirulina has anti-inflammatory and antioxidant properties. For those attempting to maximize their nutritional status, adding spirulina is a good place to start.  Benefits include:

Suggested dose: Spirulina can be used as a supplement, and many manufacturers sell it in a pill or powder form. Take as directed on label. The powder formulation is best when adding to foods. If using spirulina powder, I recommend adding it to a smoothie or perhaps adding it to pancake mix, brownies, guacamole, popcorn or homemade bread.  Learn more about Spirulina.

Coenzyme Q10 (CoQ10) plays an important role in the health of mitochondria, the power generator of cells. Since the heart is the most active of all organs, it produces and requires the most CoQ10  in order to meet its metabolic demands. Therefore, in those with cardiac disease, higher intake of CoQ10 may be helpful.

A 2017 study, which reviewed 14 other studies showed a benefit of CoQ10. The results showed those who took CoQ10 were 31 percent less likely to die from complications of congestive heart failure.

A 2014 study in Medical Science Monitor showed that 50 mg of Coenzyme Q10, when taken twice per day, could be beneficial in reducing muscle aches caused by prescription statin drugs. Other studies have been conflicting. Coenzyme Q10 may also reduce LDL (bad) cholesterol, triglycerides and  LP(a) blood levels.

S-Adenosyl-L-methionine, also known as SAMe or SAM-e in the U.S and ademetionine (AdoMet, SAM) in Europe, is a popular supplement taken worldwide.

It was first discovered in 1952 by Giulio Cantoni, who was born in Italy. It is made naturally in the blood from the amino acid methionine and the ATP energy molecule (Adenosine Triphosphate) made in the mitochondria.  SAM-e donates a methyl (CH3) group to brain chemicals that ultimately become dopamine and serotonin. Both of these neurotransmitters are crucial in preventing symptoms of depression and help the brain to function at its best.

SAM-e may increase the risk of bleeding in those who take aspirin, Coumadin, clopidogrel (Plavix) so consult with your physician prior to supplementing. According to studies, the benefits of SAMe include:

Muscles, bones, skin and tendons are composed primarily of collagen, the most abundant type of protein in the human body. Collagen consists of  30-35 percent of all the protein in the human body. Collagen protein is also known as connective tissue and is responsible for stabilizing our skin and maintaining joint movement and flexibility. In addition, collagen provides our skin with elasticity. Studies show that collagen supplementation has many benefits, which include:

There are various formulations of oral collagen supplements available online. Some are of bovine (cow) origin while others are marine (fish) in origin.

Whey protein is a common supplement used by those who exercise routinely and is frequently used as a meal replacement by those wanting to lose weight.

Health benefits of whey protein include:

There are many supplements on the market. It can be a challenge to determine which to take and which to avoid. The supplements discussed in this article are some of the most popular.  Consuming a healthy diet rich in fruits and vegetables is a key component to good health and improved longevity.  Supplements are usually suggested when one’s metabolic demands require a higher amount of nutrients than can be found in a well-rounded diet.  Eat healthy, think healthy and  be healthy!

Previous Article
Homemade Beard Oil
Next Article
Should You Switch to a HIIT Workout?

While zinc and probiotics each offer support for your immune system and healthy digestion, when combined they are even more powerful. 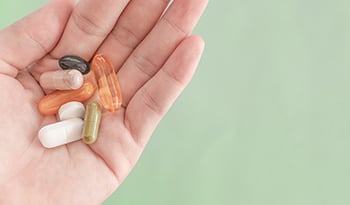